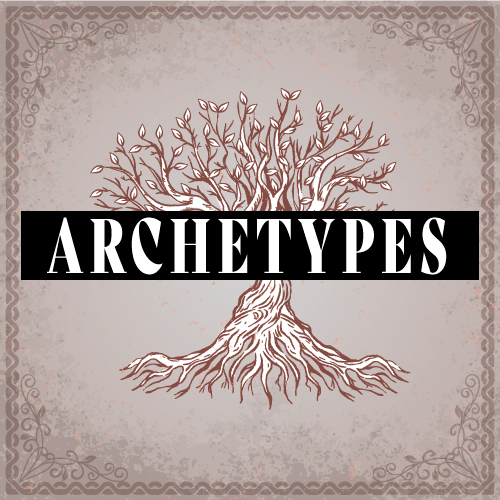 The Origins of Archetypes

By Omar and Sandy

Carl Jung in his book “The Structure of the Psyche humankind has a collective unconscious, Jung believed, was where these archetypes exist. He explained that these models are innate, universal, and hereditary. Archetypes are unlearned and function to organize how we experience certain things.

“All the most powerful ideas in history go back to archetypes”

This is particularly true of religious ideas, but the central concepts of science, philosophy, and ethics are no exception to this rule. In their present form, they are variants of archetypal ideas created by consciously applying and adapting these ideas to reality.

Jung rejected the concept of tabula rasa or the notion that the human mind is a blank slate at birth to be written on solely by experience. he believed that the human mind retains fundamental unconscious, biological aspects of our ancestors. These “primordial images” as he initially dubbed them serve as a basic foundation of how to be a human.

An archetype is a symbol, an emotion, character type, or event that is notably recurrent across the human experience. An Archetype creates an immediate sense of familiarity allowing the people to relate to an event or character without having to necessarily ponder why they relate. Thanks to our instincts and life experiences, we’re able to recognize archetypes without any need for explanation.

Archetypes are a constantly recurring symbol in the literature that represents universal patterns of human nature. The word archetype also means the original pattern from which copies are made. Archetypes help the readers to relate and identify the characters and situations in books.

Many people confuse the two terms archetypes and stereotype, there is a distinct difference between a stereotype is fiction usually refers to a character with generalized characters traits. A stereotype may seem like an oversimplified representation of a type, gender, religion, class, or occupation. e.g. a guy who talks about computers and new tech and also plays games and doesn’t do sports, and their outfit is with glasses (nerd).

Who is Carl Jung?

Is a Swiss Psychiatrist born July 26, 1975, the only son of a protestant clergyman, Jung was a quiet observant, child who packed certain loneliness in his single-child status. Jung graduates from the University in 1900 and obtained his M.D. two years later from the University of Zurich.

While attending the University of Zurich, Jung worked on the staff at Bergholzli Asylum, where he came under the guidance of Eugene Bleuler a pioneer psychologist.

Jung’s growing reputation as a psychologist and his work dealing with the subconscious eventually led him to the idea of Freud and later to the man himself.

Over five years the two men worked closely together and Jung was widely believed to be the one who would continue the work of the elder Freud. However, viewpoint and temperament ended the collaboration and, eventually their friendship.

Seeking to futher distinguish his work from Freud, Jung adopted the term analytical psychology and delved deep into his work. His most important development from this early period was his conception of introverts and extroverts and the notion that people can be categorized as one of the two. Jung’s work in this area was featured in his 1921 publication Psychological Types.

Working on his own ideas allowed him to explore his own mind, eventually proposing the idea that there was not only a personal unconscious but also a collective unconscious from which certain universal symbols and patterns have arisen throughout history.

Jung´s ideas continue to resonate today, in fields as varied as archeology, religion, literature, branding, and even pop culture. This is why we need to use an archetype in your brand, not just to have a better marketing strategy, it helps you to stand out from your competition.

Finding which archetype your brand is giving it personality and meaning is the image we present in the world, to the world! it builds a clear picture in your customer’s minds and differentiates your brand and messaging from the others in the same market niche.

Understand your brand Archetype is, marketing strategies become a lot easier to improve and implement and as result, product marketing becomes much simpler.

How? Archetypes guide the way in which your brand interacts with your audience.

This is very important in social media, Your brand experience for your customers can start anywhere from friends’ comments on Facebook to the tone of voice of your website. these interactions are what make brands come alive for people, and in turn, earn their strong positive attitude toward the brand.

first encourages employee loyalty, and who could be better advocates for you? When they choose to work for you, it is proof that they buy into the epitome of your brand. the best-performing companies are the ones whose values, mission, and vision are based on solid brand archetypes.

The second is customers loyalty. These days consumers are savvier, more cynical, and more concerned with expressing their individuality than they were before in the past. customers today don’t just buy products they buy meaning, reputation, and identity attached to the product.

knowing your brand archetype helps you in product development. great products reflect their brand archetype through and through from their functionality to their aesthetics. The popularity and uptake of new products with your audience (who are fans because they believe in what you represent) will then generate feedback that drives the changes in your next round of product development.

Are 12 brand archetypes as we know them today were derived from Carl Jung, these archetypes can also be applied to brands, and businesses can use them to create brand personalities that connect with their target audience on a personal and emotional level.

the romantic lead whos guided by the heart. Lovers are passionate and intimate and are motivated by desire.

Brands are often sensual and empathetic, motivated to become more emotionally and physically appealing to their audience. However they also can be spiritual, companionable, and family orientated. Their passion can sometimes cloud their focus or be overbearing and sometimes the fear of loss or loneliness can be all-consuming.

The protagonist who rises to meet a challenge and saves the day. The Hero has a strong sense of right and wrong, looks to make a difference, and seeks to overcome injustices and problems. They have a core desire for mastery and inpire others to push themselves. Hero brands portray success through hard work and effort and mett challenges head-on.

A powerful figure who has harnessed the ways of the universe to achieve key goals. The Magician brand archetype is a visionary that wants to dazzle their audience with new and exciting experiences and make dreams come true. They like to take their followers on a mystical journey and provide them with magical moments that stick in their memory.

the rebel who abides by society´s demands. The rebel seeks to disrupt their industry and challenge the status quo. They actively seek to rip up the rule book and dismantle existing paradigms. The Rebel is happy taking a risk in order to create something unique and inspiring and see themselves as free thinkers.

A character is naturally driven to push the boundaries of the status quo and the explore unknown. The explorer is driven by the desire for freedom and independence and is not restricted by typical boundaries. They are similar than rebels by tend towards exploration rather than disruption. Explorers hate conformity and prefer to push themselves into uncharted territory where new challenges and goals arise. They are adventurous and brave and are on a continuous journey of discovery.

A wise figure with knowledge for those who inquire. The mother figure or mentor is often based on this archetype.

they don’t look to change the world themselves but prefer to empower others to do so by seeking out valuable information and sharing it. They are often life-long learners and thought leaders and make excellent mentors.

A moral pure character, often a child, whose only intentions are good. They are positive and optimistic and actively avoid confrontations. they see the world as wondrous and fun and thrive on passing that feeling on spreading joy where they can. These brands rely on honesty and good virtues and simplicity rather than innovation.

A motivates visionary who creates art or structures during the narrative. The creator has a vision and desire to create an enduring product or experience which realises their vision. They empower others to think creatively and express themselves through the products they produce and the experiences they create.

A character with legal or emotional power over others. The ruler is a dominant personality that desires power and control. They Love rules, especially when they are able to set them and adhere to them expecting others to follow suit. Rulers are often exceptionally confident, proud of their expertise, and possess strong leadership skills. they see themselves as the leading force and will aggressively defend their position, fearing being undermined and losing their power.

A character who continually supports others and makes sacrifices on their behalf. Caregivers are driven by compassion and the desire to help others. they want others to feel nurtured and secure and will defend those who are less fortunate than themselves. Caregivers are often maternity figures found in teaching, charity, and especially nursing. sector.

A relatable character who feels recognizable from daily life. They strive to create a deep connection with people and long to be by all. they are often quite generalized and are driven by a core desire for community and belonging. They hate to stand out and don’t display any extremes of character or opinion preferring to be inclusive. However, though they are often liked this sometimes means they can be easily forgotten.

A funny character or trickster who provides comic relief, but may also speak important truths. The jester wants to make people laugh and bring lightheartedness to all that they do. Jester brands maintain a playful stance and see good in every situation.

These 12 archetypes, each with highly identifiable traits, populate our books, poetry, films, and theatrical productions.