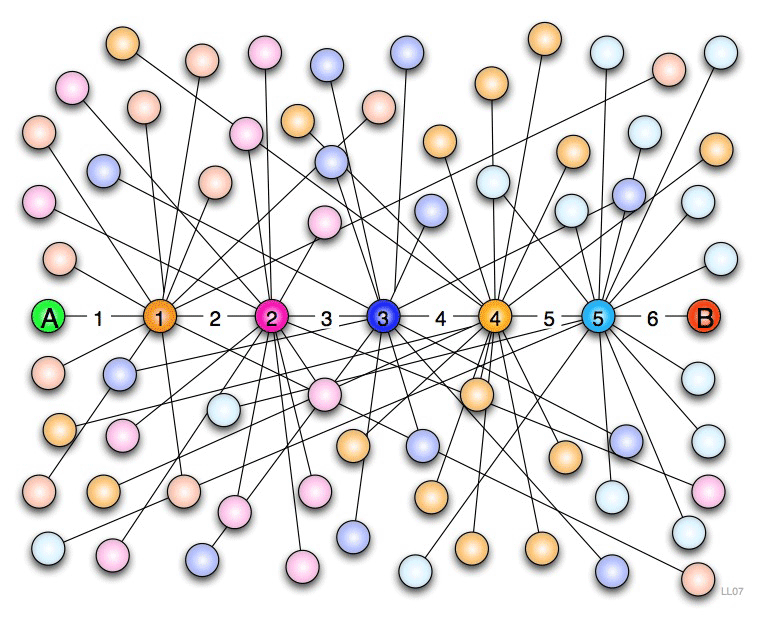 The concept of Six Degrees of Separation

A few weeks ago, I attended a Paja about networking, and one specific concept mentioned in it blew my mind. This concept is Six Degrees of Separation. It theorizes, that since we’re all linked by chains of acquaintances, we are just six introductions – or steps – away from any other person on the planet. And in a world where there are almost eight billion people, I’ve had a tough time digesting this information.

Six Degrees of Separation was first conceptualized by a Hungarian author Frigyes Karinthy in 1929. It was then later on researched by a social psychologist named Stanley Milgram in the 1960s. Milgram wanted to test out the hypothesis that everyone on the planet is connected by just a few intermediaries. He experimented this hypothesis by having a couple hundred people from Boston and Omaha, United States, try and get a letter to a complete stranger in Boston. The catch was, however, that they couldn’t send the letter directly, but through a personal friend whom they thought was somehow closer to the target than they themselves were, and then they could forward it on the same way. When Milgram looked at the results, he found that the letters that had reached the target had changed hands only about six times. 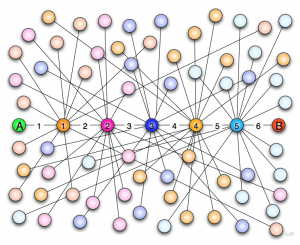 Milgram’s findings gave Six Degrees of Separation experimental confirmation. But at the same time, Milgram’s “small-world” experiment’s results were less conclusive than most people realize. His experiment was done in kind of an improper manner – with such a small testing sample – that the results couldn’t be generalized. Fortunately, though, further research and data about the concept has been put out as years have passed. As a matter of fact, especially through the development of technology and social networks, the collective “degrees of separation” have shrunk. We as humans are growing more and more interconnected. According to research conducted by Facebook (Meta) in 2016, each person in the world – or at least among the 1,59 billion people active on Facebook – is connected to every other person by an average of three and a half intermediaries. 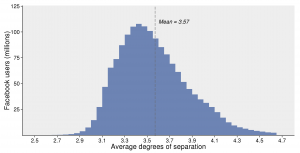 Figure 2: The average degrees of separation among Facebook users is 3,57.

It’s easy to undermine the value of networking. It’s hard to see the value of some acquaintance who’s not, for example, directly associated with your project or area of expertise. But, as the concept of Six Degrees of Separation clearly shows, those random acquaintances are the ones that have the potential to be the critical link between you and what you desire. This concept makes a strong case for the importance of quantity in networking. So, the next time you’re given a chance to network with someone, don’t back away from it. Establish the relationship, make them your acquaintance. You can never now what this connection can bring you.