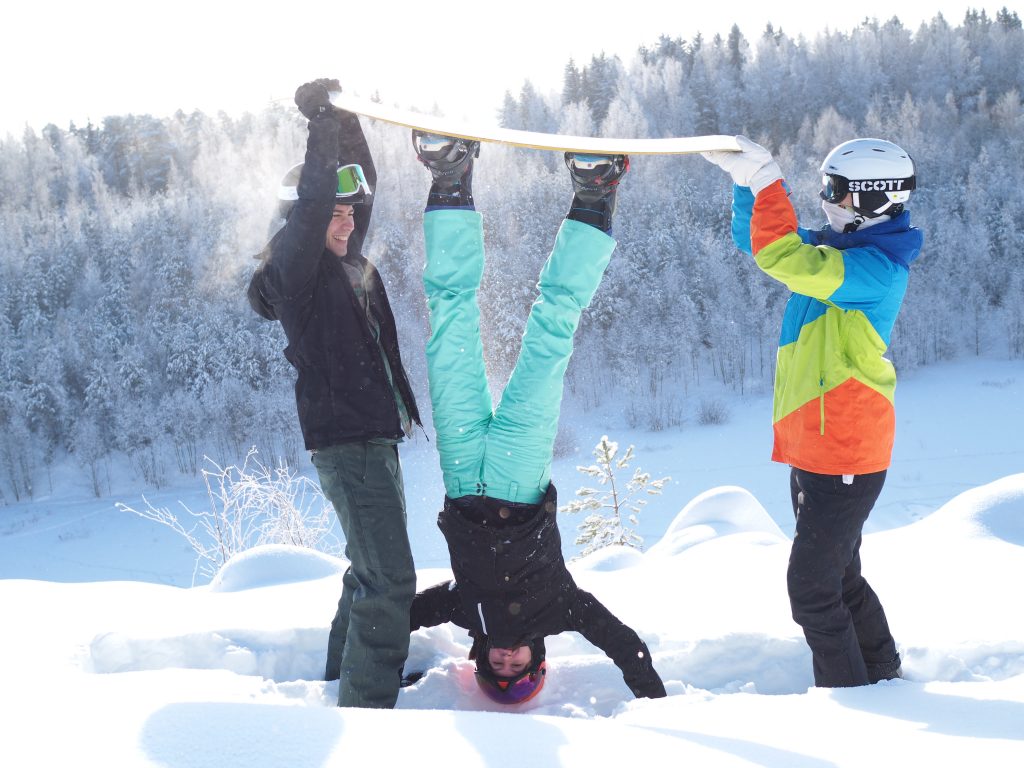 I create social media content on Instagram & on YouTube. Because of this, I decided to enroll myself on a platform called “boksi app”. This is a platform where you can find companies to collaborate with, through your social media platform. Occasionally, some of these companies create a campaign where you don’t even have to use your social media accounts. All you have to do, is to send your application, and then wait for the response whether you were accepted or not.

This is the story how we got our Entre teams first project.

Quick brief about the company we got to work with.

MIPS is a corporation that produces active wear helmets. They specialize in helmet-based safety and brain protection. MIPS is the technology, which they have created and equipped with every helmet they are selling.

At the time, MIPS had two campaigns running on this “boksi app”. One was, where they wanted 10 quality climbing photos with the MIPS helmet on. Preferably the logo showing. The other campaign had the same guidelines, except now with a snowboarding theme. Once the photos are uploaded for the company to browse through, they will pick the ones they want to use and then pay 150€/photo. This meant we had a possibility of earning 3000€ from these two campaigns.

I applied to both of the campaigns and got in. The cool thing about getting accepted to these campaigns were that, even if the company wouldn’t buy any of the pictures, we would still receive a 100€ participation fee per/campaign. But what I didn’t tell you was, that we had only 1 week to organize this whole operation. This meant that I had to act fast and make decisions on the spot. Something as well which I immediately knew that I wouldn’t be able to pull something this big, on my own.

So, I contacted our team’s business leader and we got to talking. He was quickly on board with these campaigns and at this point I believe we only had 6 days left to make this happen.

We decided together that we would concentrate and put our main focus into the snowboarding campaign first. Then afterwards, see whether we have the resources and the time to pull through the climbing campaign.

First things first. We created a group on Teams and invited 3 other members of team Entre, which we believed that would make a good fit for the project in hand.

At this point we were a group of 5.

Personally, I felt that was the maximum amount of people this project would require. As well, if we would have included any more than that, it could have turned into a mess.

Our most prominent issue was the timeline we had to work with. The second major issue we faced was that none of us had the proper equipment. Not a single person from our team of 5 members, owned a snowboard, nor a helmet that would’ve been equipped with the MIPS technology, which was mandatory.

We started contacting all of our friends, family members, relatives, you name it. In a search for 3 snowboards and 3 MIPS helmets. Luckily, our calls were answered, and we got each of the snowboards we needed. Only exception were the helmets. You see, these MIPS helmets are seemingly quite new on the market and nobody really has them.

We were now faced with a hard decision whether we should just simply buy them. Worst case scenario, we would spend couple hundred euros on the helmets and not get any pictures sold for the campaign. That would mean that we would approximately be out of a hundred bucks. But instead of rolling the dice on that, we decided to seek out for other possibilities to fulfill our needs.

I got in contact with one other team member and she came up with a brilliant tactic for us to acquire these helmets, for the length of our photoshoot, without having to spend any money on them. If you are interested what this procedure was, you can contact me, and I’ll spoil the beans for you.

Long story short, we acquired the helmets on Wednesday and the following next morning, was go time.

Everyone was at our agreed meeting spot and we took off with 2 cars. Trunks full of backpacks and snowboarding equipment’s.

Our photoshoot location was at Mustavuori, which is located here in Tampere.

After we had taken off, we tailgated the other car and thus didn’t put on google maps for directions. As you could assume, that was a mistake. Suddenly we realized that something was off because we had just arrived at the parking lot of verkkokauppa.com. At some point down the road, our leading car, had taken a different turn and by some coincidence, that car was replaced by another car, which was identical to theirs. We started laughing, no major harm done luckily.

We were back on route in 5 minutes.

All in all, it took us approximately 45 minutes to arrive at Mustavuori.

It was an extremely cold Thursday morning, up to -20 degrees frost. We started gearing up in the parking lot and it didn’t take more than 5 minutes for our fingers and toes to start freezing. Even though we had multiple layers of socks and clothes on. This reminded me of the good old, cold winters we used to have a decade ago when I was a child.

Even though we were already freezing, there was a sense of excitement rushing through the air. We could all feel it. We were about to start our first project together.

We started hiking up the ski resort’s steep hill, I myself had troubles getting up because, my boots didn’t have any traction on them.

Instead of staying at the slopes, we headed straight down to the forest, off route, to seek more of a “winter wonderland” type of vibes for the pictures.

Our only two pieces of hardware’s, were an Olympus omd 10-mark 2 camera with an 25mm 1.8f lens and a DJI Spark drone. Nothing special or glamorous, but we did our best with them.

Each and every one of us had a specific role to play in this operation. I was our designated photographer, 3 of the others were modeling for the pictures, and then the fifth person was helping and taking care of us. This division of labor worked quite well. There was not a one person who didn’t contribute and put effort into making this a success.

I had planned in advance a lot of certain types of shots, which we would execute. But none of these happened. To be honest, I forgot them. As soon as we arrived at the first spot, time as we know it, stopped. We started going off script, and by using our imaginations, we painted something which represented more of our true selves.

I believe this one individual moment will stay with me the rest of my life.

We found this one cliff with a particularly beautiful scenery. We went right ahead and began to plan the shot.

And then it happened.

Just to clarify, I’m not yet, in any way, an experienced photographer. This campaign was my first gig which I would be receiving money from. In other terms, I’m a complete rookie.

But something which I do know about, is the state of mind of each and every single filmmaker, or photographer, while being on set, concentrates only on getting the perfect shot, which means finding just the right spot, angle, and constant thinking about how I can make this shot even greater than it is, or trying to recreate the way you see it in your vision. Either way, your mind is in full gear, and you drift unaware into a flow state, where you could be staring right down death and wouldn’t be able to recognize it.

This is the way I almost got one of our teammates killed, during our photoshoot.

I won’t get into any details now; you can read this story from my next solo essay post.

Without the exception of this previous situation, we had such a good time and overall a successful photoshoot. We spent little bit over than 4 hours in the forest, shooting pictures and having a blast. Even had a brake once and drank tee with some sweets.

In the end, everyone was feeling hungry, so we decided that it would be a nice touch to end the trip by going to eat together. We landed on the nearest pitch stop, which happened to be ABC’s gas station. There we grabbed some vegetarian meals, provided by the nice ladies of Hesburger.

And just like that, our project had come to an end.

Oh, I almost forgot. How many pictures did we end up selling? That is unfortunately classified, sorry!

You as well might be thinking; what happened to the climbing project? Well unfortunately, we came to the conclusion that we simply did not have enough time nor the resources to go climbing on such a tight schedule. We decided to focus and put our resources into the snowboarding campaign. This I don’t regret it one bit.

As our project manager, I learned quite a lot.

They are as follows:

You are responsible of your team, whether it would be during the project planning stage or during the action phase.

When you are confident enough to share the responsibility and stop the micro-managing, your team’s success rate becomes that much higher.

As a first-time project, money is not everything. These are the times you bond and create the best memories together.

The team you are working with is capable of great things. The best way to unleash that power is to try something new and see whether it sticks or doesn’t.

There are more projects available than what you expect, nor could handle. Stick with the one or two and don’t take too much on.

You will most definitely face obstacles, over and over again. No matter what you do. But the way which you react to them, determines the outcome of your situation.

I now challenge you, to go, and put yourself out there, where you are vulnerable.

Great things will come out of your discomfort zone.