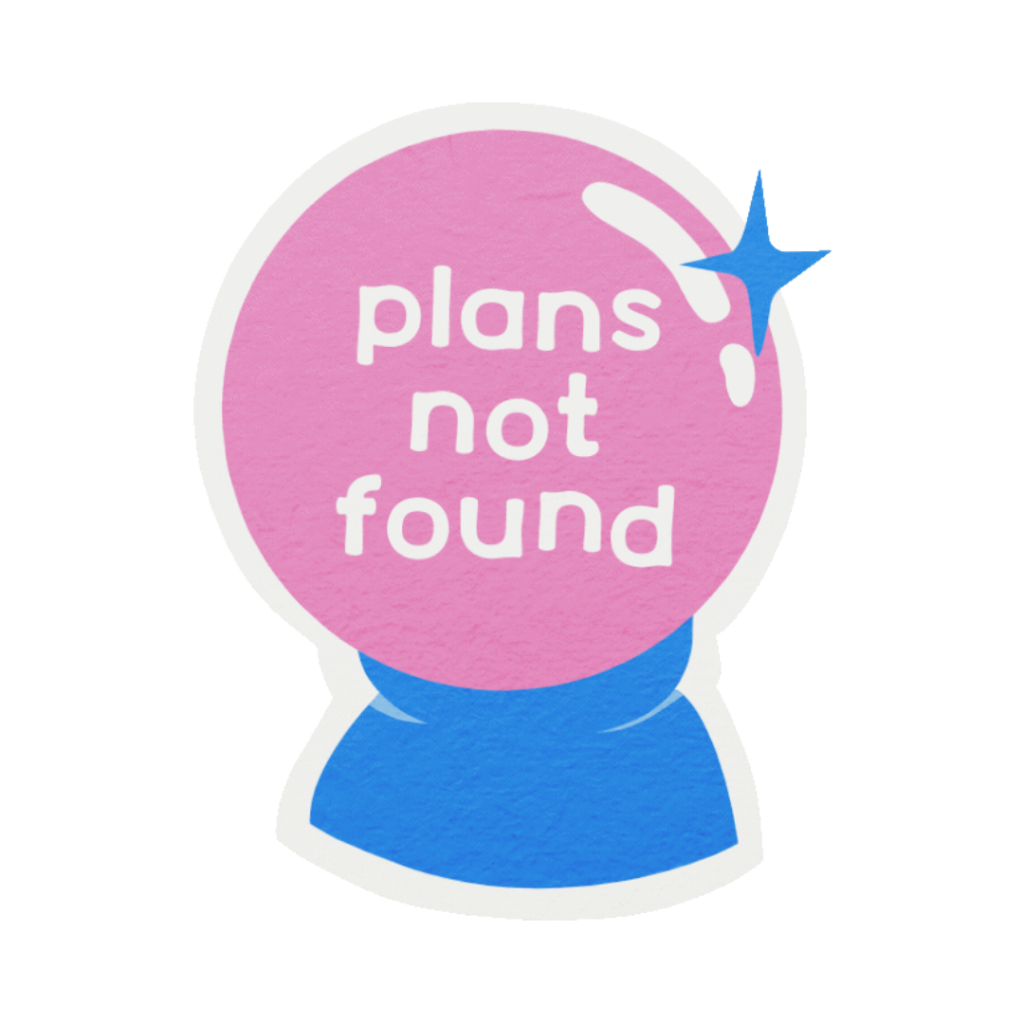 This essay is based on the book by Bill Burnett and Dave Evans Designing Your Life. Additionally, it is supported by materials found online under search Stanford Life Design Lab. I found some connections to the idea of learning contracts we regularly engage at Proakatemia. Personally, it helped me to look at my own skills and learning goals from a better perspective.

It’s good to have a plan about where want to be, who we want to be and what we want to do. Pure dreams and hopes don’t take us anywhere, usually, the longer I dwell on things, the more feeling of being stuck arises. Progress starts with asking questions and taking different actions. The process of design thinking used in the book can be applied in a variety of situations. I explained its elements and how is it connected to Proakatemia in one of my previous essays. In this essay, I’m going to focus mainly on one element of the book the odyssey plans.

Planning is everything, but the plan is nothing. Dwight D. Eisenhower.

No plan for your life survives the first contact with reality.

Odyssey plan is a vision of our own life in the future in different situations. The name is inspired by Homer’s odyssey. Homer tells his life in a form of an adventurous metaphor. The truth is that life is a journey, an adventure. Besides our own perspective and goals, others come to the picture too. Supporters, lovers, random strangers as well as antagonists. They play a very important role in the plan itself. It’s worth slowing down and thinking about our future because now the pace of change is at the highest ever. We cannot really predict what the world will look like in 2050. Technological progress and transformation towards a more sustainable economy are going to create entirely new businesses and create new types of jobs. Change is the only constant, therefore, it’s worth creating alternatives for ourselves.

One of the most important skills for the future is the ability to reinvent ourselves. No one can really tell how many times we can do it in one lifetime, nevertheless, life expectancy is longer and in the future 60 years old person might still have a long way towards retirement. There is a dysfunctional belief that we need to find out what is our best option, and just go for it and stick it. While there are many great opportunities waiting for us and we must choose just a few along the way to create a great life. It’s not about making the right choice but rather the right choosing.

Perspective on Stages of life has changed as well in recent years. In the past, 60’s and 70’s there were 4 stages only.

Now there are two extra, extended adolescence also called odyssey years (somewhere between 20-35 years old). It’s time where we discover who we are going to be when we really grow up and enter real adulthood. It’s the time of change, we meet a lot of people, maybe graduate, get married, travel a lot, etc. The second new life stage comes after adulthood – encore career. During the adulthood years, we focus on making money while in the encore career, we come back to redefine ourselves and search for meaning. The reason for extended stages in the modern life span is partly that we live longer and retire later. Longer working life creates more possibilities to have more than one carrier. Taking care of a more than possibility takes off the pressure of “the one and only option”.

The goal is to create 3 different scenarios of your life in five years. 1-2 years ahead is too short and might just feel overwhelming and rushed. We need earlier notice to make changes. 5 years is just right, there is enough time to make a plan, think it through, act and there is also little buffer. It’s important to keep in mind that these should be 3 different alternatives and not just 3 different twists of the same idea. These include professional and personal milestones, we design not only the job we want but the life we want. Each plan should have a title (six-word title) and 3 questions that arise regarding this plan. The goal of the question is to test assumptions and bring a new perspective to the alternative.

We also need to have a dashboard where we can gauge things like resources we need to follow up on this plan, how much we like it, how confident we are that it will work out and coherence.

In the end, we need to consider other possible issues, like where we live, what are we going to learn, what would be the impact or our role in day to day if we follow this alternative. These are very important, as they can create new solutions and bring a fresh perspective on things. 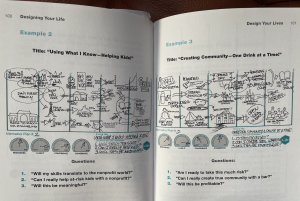 EXAMPLE FROM THE BOOK

The first plan is the easiest to make, but what about the second and third? Bill Burnett asks what would you do if money would not be a problem or what would you do if you didn’t care what people thought? The main idea is that all three plans are equally good, and we don’t have the favourite one, where the other two are just “plan B”, just in case. Many don’t jump into their craziest ideas, but during the ideation process, we bring back things that we left behind in our life and often just catch up on some of these old dreams. This type of exercise helps to put the ideas out there. This is where the magic happens, and cooperation starts. When we say out loud what we want, we might get what we wish for. Especially when we have other people around us. They are there to support, bring new aspects and challenge the ideas. That’s why just quitting a job and hopping to the new one from one day to another is rarely a good idea.

Prototyping comes to the picture, once we have our plans ready, we want to start asking questions and exposing assumptions.

Is this something I want? Or maybe it’s the pressure from the environment I operate in?

It’s important to involve others in the process. I mentioned before different people who play important roles. According to Burnett, the key is to sneak up on the future. That way we can find out if this is really what we want. One way to look into our own future is to talk to someone who is already living the life we want. There are people who currently live our possible future. We love to talk about ourselves; therefore, we could just try to ask someone for a coffee and find out more about what they do, what is the reality and if there are any similarities in our stories and the way we work.

Another way to find out is to go and just try it out, it is possible in many cases. For example, I always had a romantic dream about owning a café. Somehow many people think that it’s such a great idea. It is a very hard industry and I found out about it by volunteering as a free worker in a few cafés where I got to know a lot more about the industry. It helped me to look realistically at this possibility and leave this idea maybe for later.

At Proakatemia in the first year, we have learned how to reflect and analyze our learning and development. With roughly 2,5 years to go, I feel like now it’s time to start seriously investigating the future. That comes at the same time with the learning contract in which we focus more on our current situations and the future. That’s the part that we can still influence.

Dynamic and entrepreneurial developer of new ideas. Focus on coaching and sustainable development.