Effective communication is one of the most important components to define team effectiveness. Communication is a key to work together in any forms of organizations or teams. According to our team enterprise Syntre’s values, it has become clear that we as a team and an individual want to develop our skills, want to be trustworthy, and have joyful moments to succeed. It can be varied how to define such values; however, improved self-awareness and interpersonal communication can be the most effective way to realize our values. In this regard, the communication model created by Joseph Luft and Harrington Ingham- JOHARI WINDOW can be a useful theory that enables us to understand our relationship with ourselves and others.

personality development, interpersonal communication, team development, group dynamics and intergroup relations. This simple tool helps us to reflect not only how to view ourselves but also how others view us. It provides a way to show how we become open about ourselves to others as we get to know them. If it is applied properly in teams or groups, the dialogue between each other can become exponentially better which will eventually lead them to have creative and cooperative learning environment. The philosopher Charles Handy calls this concept the Johari House with four rooms. Room one is the part of ourselves that we and others can see. Room two contains aspects that others see but we are unaware of. Room three is the private space that we know but are hidden from others. Room four is the unconscious part of us that neither ourselves nor others see. (Parmar 2015) In the exercise, people pick several adjectives which describe their own personality well such as “brave, idealistic, self-conscious and spontaneous” from a list. Then others also get the same list and choose the adjectives which describe the subject. 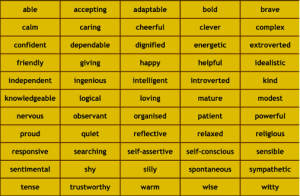 Johari Room 1 is known as open area/open self/free area/free self/the arena. It represents that a person’s behavior, attitude, feeling, emotion, knowledge, experience skills, views is known to oneself and to others. Open area is where people feel comfortable to share their behavior which can be found by everyone easily. It can be increased if people are willing to share more information to their group and when there is trust between individual and the whole team. For example, our Pecha Kucha may not necessarily be available to public because it contained not only about our past experiences but also insecurities and vulnerabilities, but as we were reminding important moments in one’s life and share those moments with the whole team opened doors to understand ourselves and each other better. From Johari window theory, the more open area is developed, more effective communication can be happening because open area is where good communication occurs without distractions. Therefore, the main goal in teams should be to develop open area as much as possible. Team Leader plays an important role to promote such environment, but willingness to be open-minded to others should be the first step by every team member. We need to be open to investigate what other people view us rather than to be afraid of.

Johari Room 2 is called as “Façade” or “Hidden Area”. This region is something that is known by others in a group but is unknown by the person. In other words, this is an area of ignorance about oneself. We may have not noticed but there can be hidden feeling, emotion, and behavior deep that exist in ourselves. Or we ourselves believe certain things but others can perceive the same things in different ways. In the exercise that we can practice is that the subject does not choose any adjectives, but peers are selecting adjectives to describe the subject. From this way, the subject can realize some aspects that are unknown by oneself. The goal is to reduce Façade area. Last year we attached papers on our back and anonymously exchanged positive aspects why we appreciate this person. It gave me deeper understanding of myself because there were adjectives that I could not think of. The objective is to reduce this area and increase the open area. Exchanging positive feedback towards each other was a good step to make non-judgmental environment. Furthermore, by using Johari theory, we can promote an environment where people want to learn and develop about themselves.

Johari Room 3 is also regarded as hidden area/hidden self/avoided area/avoided self or façade. This region consists of someone’s hidden behavior, feeling and emotion which are known to oneself but unknown to others. In the exercise, the subjects select adjectives which describe themselves, but the peers do not choose any adjectives in comparison with Johari room 2. In hidden area, people believe if they share their thoughts or feelings with the team, they are judged negatively by others. Fear of judgement can be coming from not feeling safe enough to be themselves and share their thoughts to the group. If people hold this fear or ignorance by others, the dialogue will get worsen which might affect efficiency and productivity in the whole team. Hence, as it is mentioned above, the aim should be reducing hidden region and increasing an open area. To build safe environment, we need to create psychological safety where everyone feels included and safe to speak up. For example, we shared one of the stupidest things that we did during the week, and it helped us to relieve the fear of being stupid. It might take a long time to make such environment, however it is an essential step we should take.

Johari Room 4 is called unknown area that are not known to the person himself/herself and unknown to others in the group as well. This area represents capabilities, feelings, attitudes, aptitudes. This area represents early childhood memories, latent potentialities, intrapersonal dynamics, and unrecognized resources which is unknown to us and others. It is known that it is prevalent in people who lack confidence. The leaders and each of team member can encourage and support one another to create an environment where people can have a spirit of self-realization. It will be a basis for building self-confidence and eventually lead for people to be more open about themselves.

In conclusion, there are 4 sectors exist in ourselves. Understanding the relationship that we have been having with ourselves and accepting aspects that have not been known to us is an essential step to have good dialogues in a team. Likewise, good communication starts from self-awareness. Why do not we start to bring Johari Window to  Syntre and make our values come true.

“Linked-in link to the creation of Johari’s window” https://www.linkedin.com/pulse/johari-window-kamal-parmar 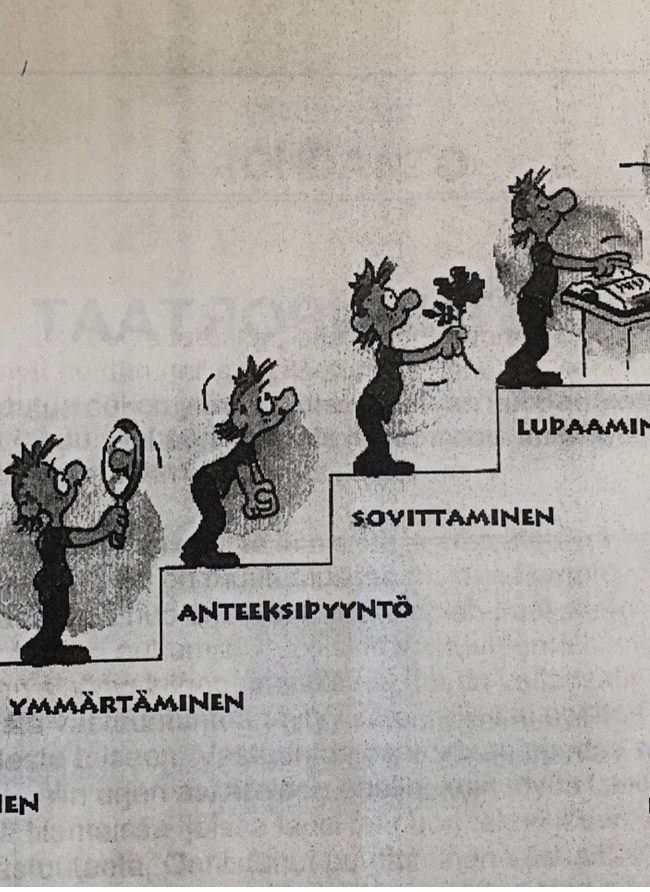 Through words – The διάλόγο (dialogo)