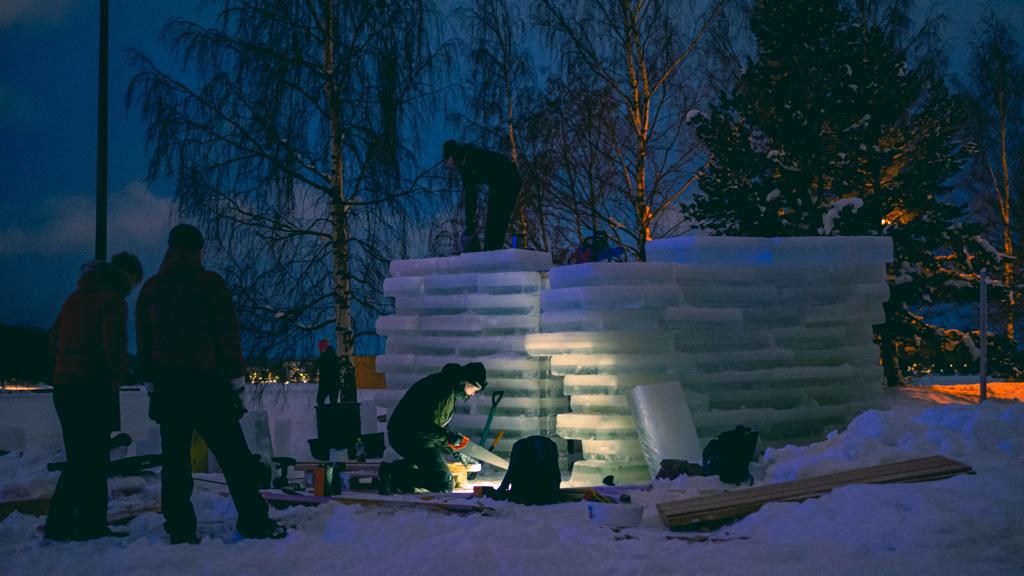 “Jääsauna” in English ice sauna is in even in Finland’s standards a rare sight. So the first thing probably that’s going to pop in your mind is how does it work? Ice sauna-like you probably guess is pretty quickly over and that’s why it is pretty rare because it needs a lot of raw work but you can only enjoy it for a really limited time only we kept the sauna open for 3hours per evening and the sauna needed a lot of babysitting like fixing, making sure the clients get warm water to wash and we even had tents where the clients could change their clothes and it also had to be warmed up. The ice sauna was constructed from 100 to 120 blocks of ice and the blocks were made from natural ice that was cut with an ice saw from the lake nearby with hands then after we´ve had cut the blocks we had to lift the 40 to 60kg blocks on the ice with using woodcutters pliers. After the blocks were lifted we moved them to their place by using a sled so I can say it was a lot of raw rough work. This was the first time anyone from our project group had done an ice sauna so we all faced new problems almost every day and had to react and adjust really quickly we had an inside joke “näyttäviä peliliikkeitä” “spectacular game moves” In our project group because it was almost a daily thing that we faced some new problem that needed to be fixed really quickly in a really limited time and also we didn’t have a lot of money to use either. In this project probably the biggest success was the visibility we got with it. We were if I remember correctly in 4 different newspapers and in one radio channel and in regional news also, got a business partner Narvi to support us with awesome Kiuas and flue and we were featured in a traveling magazine in Ireland at st. Patrick’s day. Our story was really exciting because we were just normal students that had a crazy idea and executed it in a really humble way. We had an awesome amount of support also from the public and we had almost the whole city of Tampere behind us. I have to admit it wasn´t necessarily business but at least we didn´t lose any money let’s just not compare the hours we spent and the money we got. That´s a problem to solve for next year how we do the work we do in a more efficient way and how can we make the sauna more durable. Thinking about the experience of this project gave us a lot of important experiences when thinking about future projects. I feel a lot more comfortable starting new projects when I have experience already. This was a good example of not thinking about failure but actually executing your idea no matter what challenges you might face in the process. So go for it! Execute your ideas! 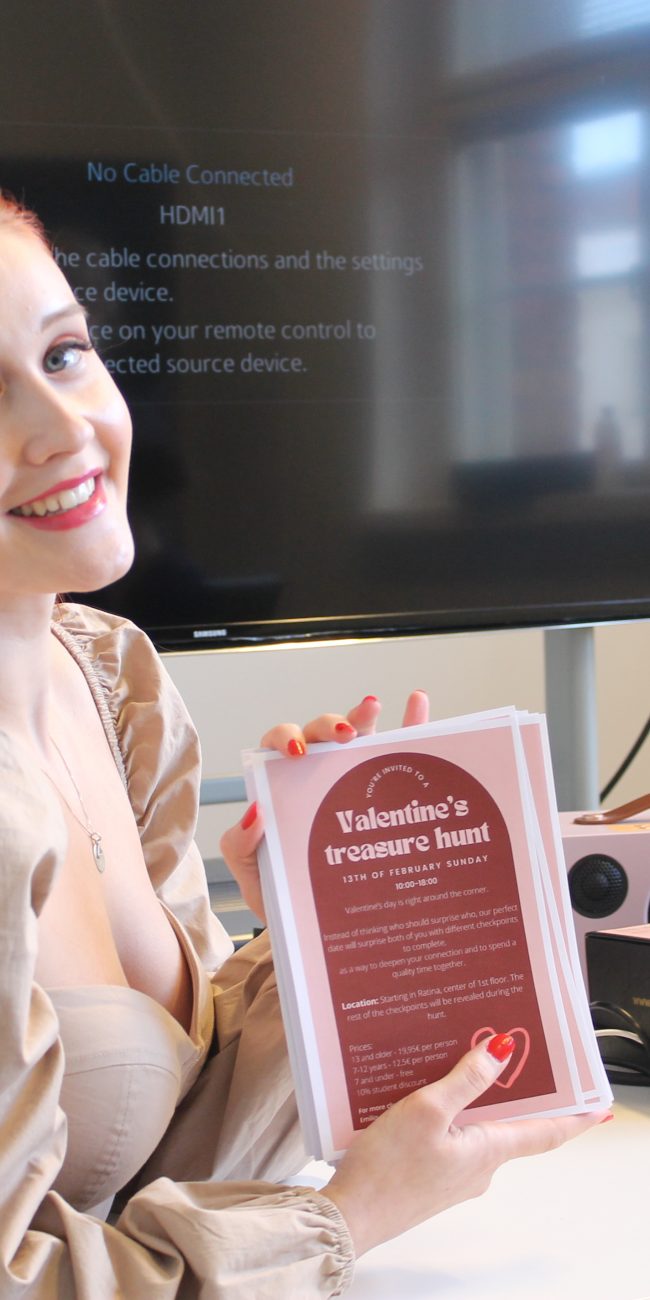 The ABCs of Marketing Research… and one milkshake, please