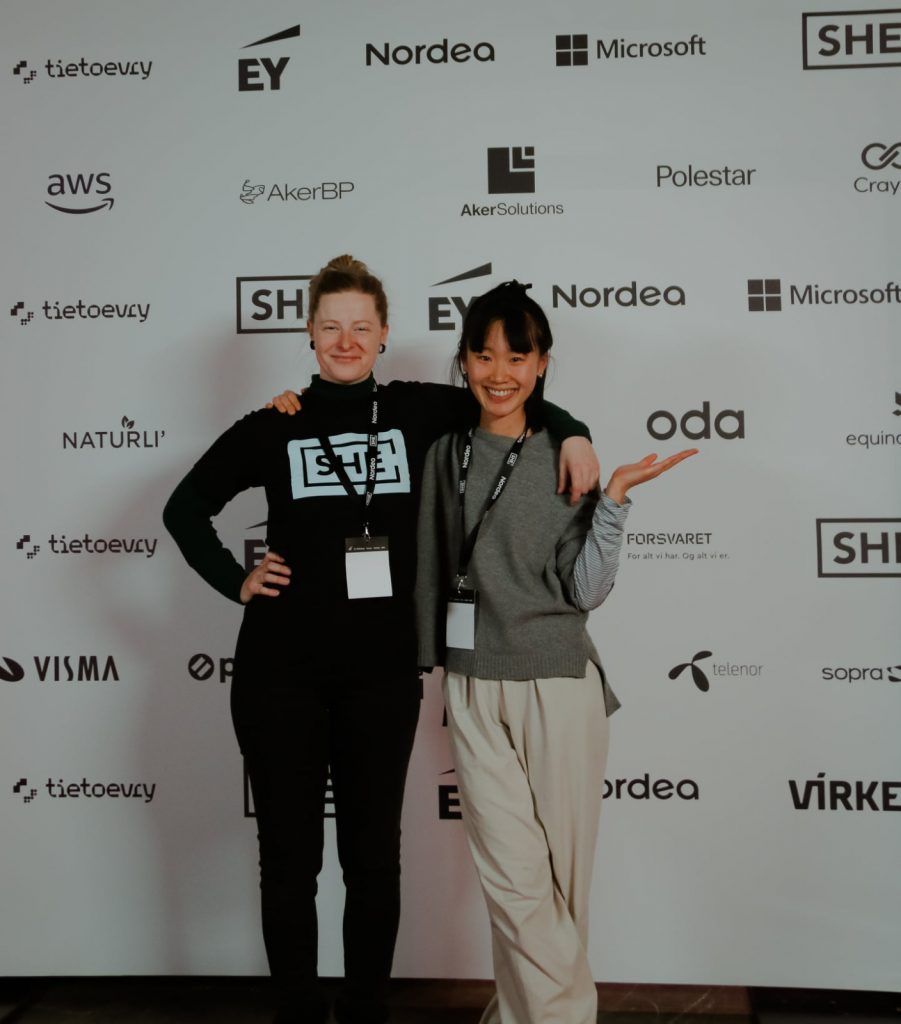 How SHE conference close the gender gap

Have you heard about a SHE conference? It is a conference where global entrepreneurs and change-makers talk about the social sustainability and equality. SHE community was founded in 2014 by two women who wanted to inspire more women to become leaders for current and coming generations. Their enthusiasm made them hold SHE Conference on March 8th, 2015, which is now the biggest gender equality conference in Europe. Their main agenda is to play a role in creating the change that will one day close the gender gap, and they bring awareness that diversity drives profitability and progress (SHE). On last Wednesday, 30th of April, it was held in Helsinki for the first time. I was lucky enough to get a chance to participate in the conference as a volunteer, and in this blog essay I will share the insights and learning that I got in SHE conference.

I have to say that every single speaker and their speech was inspiring, but especially there was one keynote speaker who deeply moved my heart, Helena Banner. As a woman who was born and raised in Korea, I could always feel some sort of social implications that “women should be like this or shouldn’t be like this”. Since it was ingrained in the culture, there were countless moments that I couldn’t even notice if I was disregarded because of my gender or my look. Growing up having a close relationship with my mom who has been a breadwinner in my household and seeing her struggling with getting promoted at work simply because she was a woman gave me a lesson that glass ceiling isn’t an index that I can find it in a book, but it is my mom mom’s story. I should say a growing number of Korean women get more interested in Feminism, realizing unfair discrimination generated by misogyny in everyday life. The rise of Feminism in South Korea has been driven by many existed factors in the society, but particularly the public toilet murder case which is commonly known as the Gangnam Station Femicide was key factor that a 23-year-old woman was murdered brutally by a man who had strong hatred towards woman (Kim 2016). This murder case generated a huge anxiety and feeling unsafe for Korean woman, generating big gender conflict between women and men.

Gender Conflict has been escalated in South Korea. As more and more women are becoming aware of misogyny and its effect on their life, a lot of men become see it as a threat. Korean men in their 20s have a feeling of deprivation due to the unemployment crisis and mandatory 20-month military service, whereas Korean women have fears of being targeted in random crimes in a daily life (Minjung 2021). As Feminism was getting bigger, the tension between men and women has been worsen and many young men in South Korea has become hate Feminism. If older Korean men see themselves as patriarchs who oversee women, younger Korean men see themselves as victims of feminism. In the book “Men in 20s, journalist Cheon Gwan-yul and data scientist Jeong Han-wool conducted an in-depth survey on the values of Korean men in their 20s. According to the survey, nearly 58 percent of Korean men in their 20s said they strongly opposed feminism, with 25.9 percent marking the intensity of their opposition as 12 on a scale of 0 to 12 (Park 2021).

Coming back to the SHE conference, Helene Banner who is a mentor, workshop host and speaker, talked about why we need men empowerment instead of women empowerment for the global challenge of diversity, highlighting the importance of communicating differently to include both women and men. She said she was tired of so-called ‘women empowerment trainings’ that try to make women tougher, louder and more assertive. Like my mom was heard that you are too young to get promoted from her boss, a glass ceiling certainly exists. When I realized the existence of a glass ceiling, I was raged and baffled. And this rage soon turned into a hostility towards those “stereotypical men leaders” who are in the position of decision makers, and it made me want to desperately break down invisible barrier which prevents women get promotion simply because of her gender. This image of a glass ceiling suggests women need to fight against gender inequality and break the glass ceiling to finally “enter” to be part of that infamous “club” of decision-makers (Banner 2021). It puts the burden entirely on women to have to be “strong enough” or “tough enough” to break it- Helena Banner.

If you take a look into the Economist’s glass ceiling index that measured the role and influence of women in the workforce across OECD countries, 4 Nordic countries- Sweden, Iceland, Finland and Norway-are top ranked, while South Korea is ranked as 29th as filling the bottom place. Although feminism is widely spread and increasing number of women are speaking against for gender inequality in South Korea, we are still at the beginning stage compared to Nordic countries. As gender conflict is worsening in South Korea, I could often notice there are strong hatred towards each other while creating clear division and exclusion between men and women. Looking into the Index, even though it does not represent glass ceiling issue is completely solved in Nordic countries, I could see a clear difference when it comes to addressing gender inequality problems between Finland and Korea corresponding to the ranks. As I mentioned above, Helena highlights the importance of inclusion and participation of both men and women to break a glass ceiling. To achieve diversity and to create opportunities for women to sit at decision-making tables, we need to communicate differently, involving men who are already in the leadership position rather than always focusing on women empowerment.

In addition, she pointed out the real problem is the unwritten work culture existing in most organizations that was not designed to value typically female strengths, such as collaboration, resilience, empathy. These fundamental leadership skills are often dismissed, as being called as “soft skills”. Although I have seen rising number of leaders claims the importance of vulnerability like the ability to show weakness by admitting mistakes, this typical leadership image like “being a tough cookie” is deep-rooted in the business world. How about in Proakatemia? How about you? How do you define good leadership? To change the work cultures and make glass ceilings redundant, we need to reshape the idea of successful leader. We need to firstly find our own way of leadership and value authentic leadership, instead of neglecting it as “soft skills”. Consequently, our goal shouldn’t be “empowering women” that often put the burden on women. But it is everyone’s responsibility to open up crusty and closed structures (Banner 2021).

In conclusion, SHE conference was a great opportunity for me to reflect on my attitudes about addressing gender inequality. I have to admit that when I was working, I often wanted to be tougher and more assertive to be looked as a “strong person”. I wanted to be strong enough to fight against discrimination towards women and courageous enough to speak against. Maybe I was putting unnecessary pressure on myself to be a “tough cookie”. Helena’s speech made me able to rethink and reflect that I don’t have to put my guard up to be seen as a strong woman. On top of that, SHE conference gave me the lesson that equality and diversity are crucial factors for any business, not only because it is fair, but because it actually makes businesses more profitable. Don’t you want to visit SHE conference. It will be held in next year in Helsinki again, and there will be more women and men there who are motivated for diversity and inspired for equality. We are moving forward to inclusion and diversity.

-Eungyeong Kim 2016, Motiveless murder in Gangnam, typical crimes of a mental patient… The delusion that women are bothering him,

-S. Nathan Park 2021. Why So Many Young Men in South Korea Hate Feminism

– SHE n.d. About: we aim to close the gender gap, https://www.sheconference.no/about