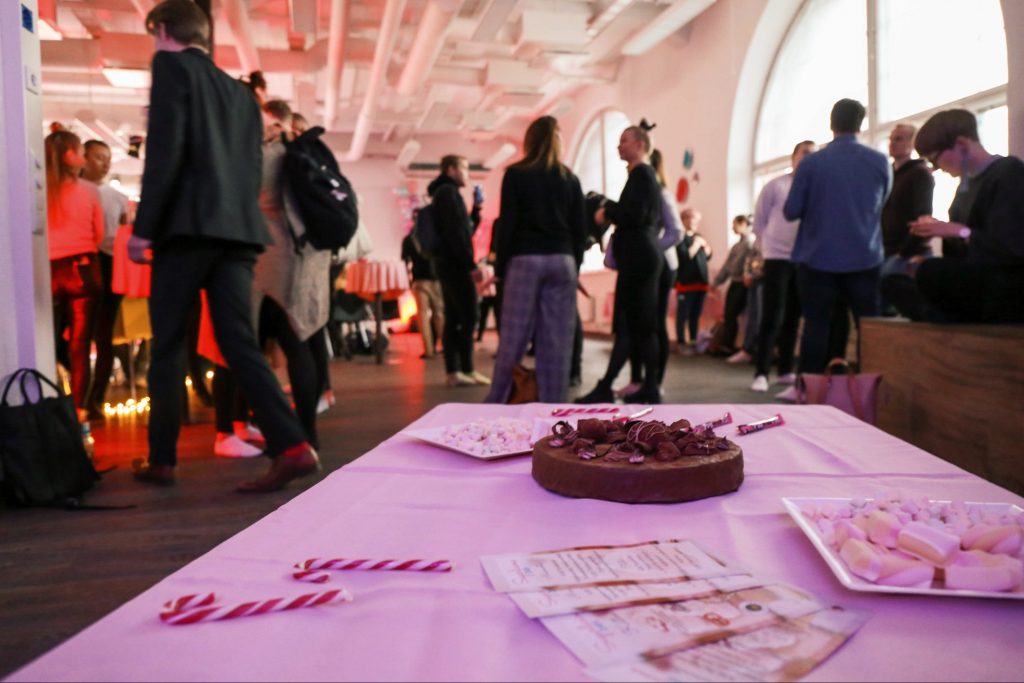 A lot can happen in only 24 hours.

What the heck am I talking about? Well, I’m talking about the final exam of graduating Proakatemia students. This is not a written exam or even an oral exam, but this is a 24-hour long team challenge, that is presented in front of the entire school.

This year was the 19th time that the 24-hour challenge was organized. The tradition goes all the way to the beginning of Proakatemia. It has a significant meaning for the entire community. The challenge and the event are always organized by a group of current second- and third-year students of Proakatemia. The entire school, every single student is excited for the event, for the challenges and the success of the graduating students in the challenge.

Currently each year there are four teams graduating from Proakatemia. In the 24-hour challenge, these teams are given a real challenge or assignment by a real company. Sometimes the bigger teams get multiple challenges, so they must divide themselves into smaller teams to be able to solve all the challenges they are given. This year there were six different challenges altogether from six different companies from different fields.

The 24-hour challenge starts with a big event where the entire school, representatives of the assigning companies, Proakatemia coaches and alumni are invited to. The graduating students come into the room while music is playing, everyone is clapping their hands together and the atmosphere of excitement it’s physically tangible. Each company presents the challenge they’re giving to the students and only after that will everyone, including the graduating students that will have to work on this challenge, get to hear which team will be solving which challenge.

The teams work hard for 24 hours, as the name of the challenge suggests, to provide the companies with the best possible ideas, innovations, and solutions to their challenges. They do not sleep, they do not worry about anything else during these 24 hours as this is the last time, they’re doing anything like this in the exceptionally amazing school and community that is Proakatemia.

After the 24 hours is up, the entire school, all the representatives of the companies, the alumni and the coaches come back to hear what the teams of the graduating students have come up with. The teams present their work on the stage and are given a grade from 1 to 5 based on how satisfied the assigning company is.

Most often the case is that these companies are extremely satisfied with the work of the students. For example, one company has participated in the 24-hour challenge three times in a row for the past three years. Another one has been a part of the event two times in a row! The students also get good, well no actually, great grades pretty much every single year. This year three of the companies gave the grade 4 to their team and the other three companies gave the grade 5. A lot of times the challenge also generates other kinds of long-term cooperation between Proakatemia and the companies – sometimes the graduating students even get offered jobs and start working in the companies after they graduate.

So, the 24-hour challenge, even as it is just 24 hours, which in the big scheme of things is such a short period of time, has a great meaning for everyone in Proakatemia and even the companies and people that work together with this community.

Looking forward to next year as I will be one of the graduating students working on a 24-hour challenge!